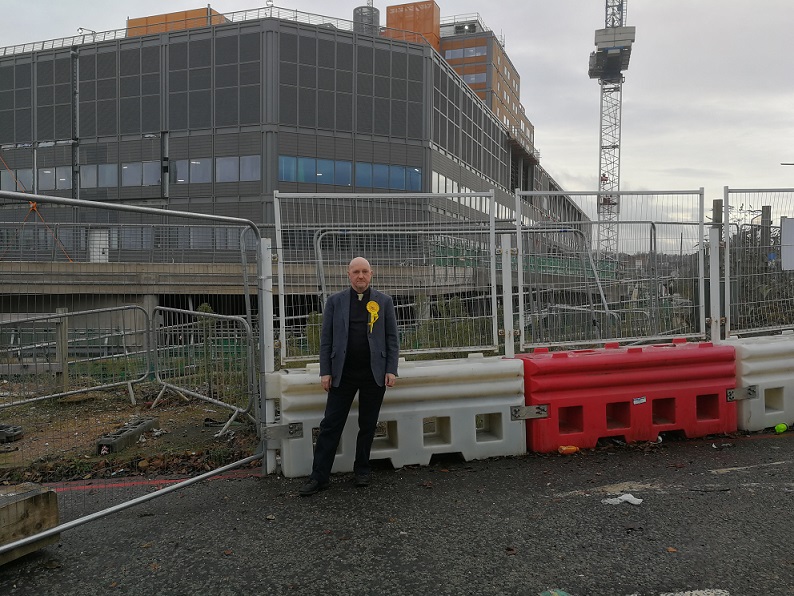 On hearing the news that work on the Midland Metropolitan Hospital is unlikely to recommence by the end of the year, Bryan Manley-Green, LibDem Candidate for Warley, where the construction site is situated, commented:

"I'm appalled to see there's yet another delay in building the hospital.

"Since the collapse of Carillion, two years have passed and work is still not underway on giving the citizens of Sandwell a state of the art health facility - something that should have made Warley really proud. Even when the deal with Balfour Beatty is finally signed, I do wonder if there will be enough construction staff to complete the work, and of course, with the shortage of health professionals forecast to worsen if we leave the EU, that also begs the question if we will ever get the healthcare we deserve. The NHS shouldn't be a political football, but we do need to think very carefully which party we can really trust when we vote on 12 December. Our LibDem manifesto is honest about the NHS, asking people to pay another penny in the pound on income tax, whereas the other parties seem to have magic money forests or imaginary claims on how many new hospitals will be built."