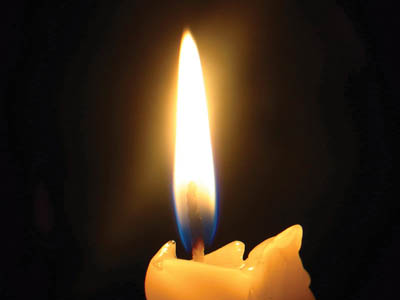 Why I’ll be attending the Sandwell Holocaust Memorial Day event this year.

Being Jewish, I grew up with stories of the Holocaust and remember vividly a neighbour who had escaped slaughter in the Nazi’s concentration camps. She was the grandmother of a schoolfriend. Seeing the number tattooed on her arm (which she tried to hide) made a lasting impression, although at seven or eight, I didn’t fully understand the ramifications of what I was seeing.

Until now, I’ve always thought I knew enough about the Holocaust and I’ve rarely seen a need to go to a public remembrance. My father fought in the war, and his dream of a peaceful, united Europe was, to a large extent, becoming a reality. Then everything seems to have changed. Society, not just in the UK, but in many parts of Europe, seems to be forgetting its past and in danger of returning to those very dark days.

This year, I feel it is exceptionally important to personally demonstrate that I certainly haven’t forgotten the Holocaust.

This week, Neil Basu, the UK's most senior counter-terrorism police officer stated "We saw a spike in hate crime after the referendum, that's never really receded. So there's always a possibility people are being radicalised by the kind of febrile atmosphere we've got at the moment.”

What really made my mind up to attend the Holocaust Memorial in Sandwell is the fact that our friends from other European Union countries who have lived and worked here for years - or in many cases – decades, have been asked to apply for “settled status”. Basically, they are being told to apply to stay in the homes they have made here over all those years. This comes without any guarantee that they will be accepted, and many are scared witless they might be deported to a country they no longer call home. At least they’re no longer being asked to pay £65 for this “privilege”, but that makes the situation no better.

Brexit has many drawbacks, but to my mind, this is its very worst aspect. Every time I hear the words “settled status”, it sends shivers down my spine and that’s why I’ll be attending the Sandwell Holocaust Memorial Day event this year.

The service will be held at Highfields Memorial Gardens, off High Street, West Bromwich, B70 8RJ at 10.15 for a 10.30am prompt start. See full details here www.sandwell.gov.uk/news/article/5083/holocaust_memorial_day_event_this_sunday