Over 1 million at Put it to the People march! 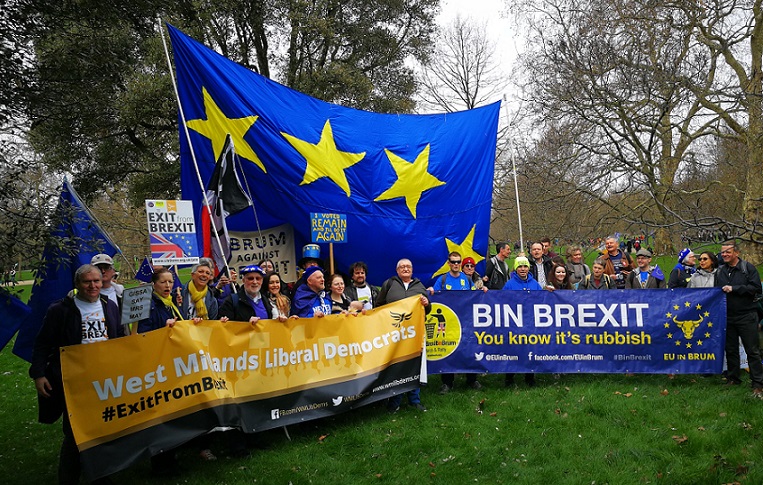 Sandwell LibDems joined with other West Midland LibDems plus EuinBrum, EuinWarley, EUinWalsall and over a million others in marching against Brexit over the weekend. Over 250 people went in five coaches from the area – to join many, many more.

Chair of Sandwell LibDems, Bryan Manley-Green said “We’ve been on other marches, but this was so much bigger. After arriving at 11.00am we finally set off at 2.30pm – only to get half way along the route before having to return to our coach. By 4.30pm, 4.5 hours after the march begun, we could see the end of the march just leaving the starting point.”

Karl Renar, LibDem Candidate for Abbey Ward in May’s local election said “It was great to be a part of this historic event. I simply couldn’t imagine being anywhere else and sincerely hope that the government might take notice of the strength of feeling.”

Meanwhile, the petition to revoke Article 50 is now at the 5 million mark – please do sign and share!