Liberal Democrat Manifesto for a Brighter Future in Sandwell

Liberal Democrat leader Jo Swinson launches our manifesto for a brighter future, with many policies that will help people in West Bromwich and Warley.
They include plans to:

STOP BREXIT. We will invest the £50 billion Remain Bonus in public services and tackling inequality.

Liberal Democrats would Stop Brexit and use the £50bn Remain Bonus to invest in public services and tackle inequality. We would do this either through a confirmatory referendum, or by revoking Article 50 if we win a majority in Parliament. This would lead to a £50bn Remain Bonus as all versions of Brexit will reduce growth by at least 2%, some forecasts have suggested the West Midlands region could see an 8% reduction in expected growth if we leave the EU. We will reverse the drastic cuts to public services that the Conservative government has made, and continue to lead from within the EU.

TACKLE THE CLIMATE EMERGENCY. We will generate 80% of our electricity from renewables by 2030 and insulate all low-income homes by 2025.

As keen environmentalists, Sandwell Liberal Democrats welcome the pledge to spend and invest an extra £100bn of public finance on climate action and environmental preservation. A Liberal Democrat government will bring back the Department of Energy and Climate Change (DECC) that was abolished by the Conservatives in 2016.

GIVE EVERY CHILD THE BEST START IN LIFE. We will recruit 20,000 more teachers as part of an extra £10 billion a year for schools.

Liberal Democrats will recruit 20,000 more teachers and we will spend an extra £10bn a year on schools which would help schools in Sandwell that are struggling to cope under the cuts by the Conservatives. And we would introduce free childcare from 9 months, to help working families achieve a better work-life balance.

For full details, see our full manifesto at: https://www.libdems.org.uk/plan

Sandwell Liberal Democrats will also be publishing more posts, highlighting other LibDem policies that will benefit people in West Bromwich and Warley. 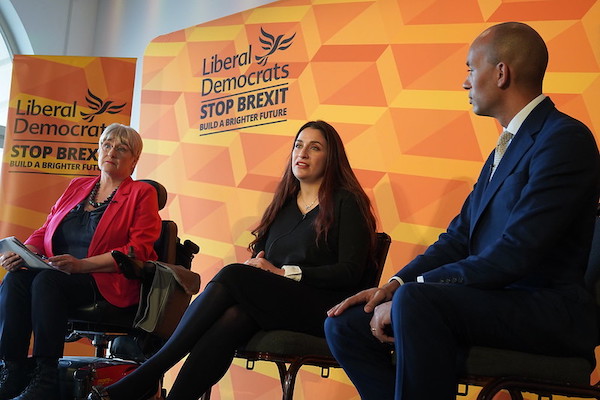