The LiberaDemocrats were celebrating a barnstorming performance by Tim Farron in the TV leaders’ debate tonight in which he was applauded throughout.

“Tim Farron was the only leader on the stage tonight. 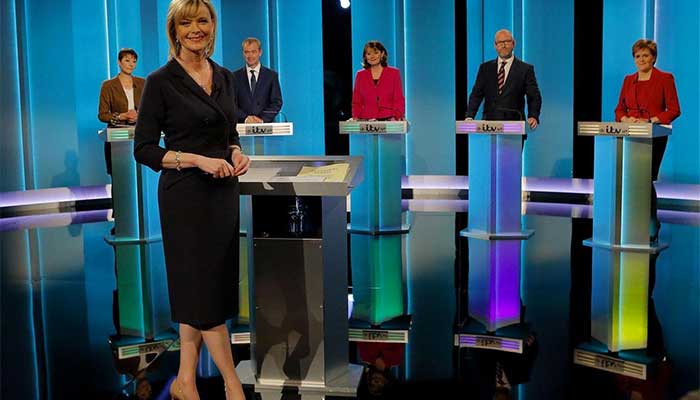 "He got huge applause from the audience throughout, especially when standing up for young people, for our NHS, and for trusting the British people to have the final say on Brexit.

"He was principled and passionate - not only on giving people the final say on Brexit in a referendum, but as the only leader with a real plan for funding the NHS.

“If you are looking for someone to stand up to Theresa May it was clear that he is the only leader capable of doing that.

“If you are unhappy with the direction our country is going in - on Brexit, on the NHS, on schools - then Tim is your leader.

"Tim Farron showed he is the voice for those people who want a brighter future than Theresa May and Nigel Farage’s cold, mean-spirited vision for Britain. He stood up for an open, tolerant and united Britain that we love."

On Theresa May, Carmichael said:

“The fact that Theresa May wasn't here tonight tells you exactly what she thinks about you. She is taking you for granted.

"Theresa May wasn't here but she did send her ambassador Paul Nuttall - and he did a solid job defending their policies. Anti-Europe. Anti-refugees. Slashing schools and hospitals.

"Theresa May launched her manifesto today. Paul Nuttall defended it on ITV."

"This is just the latest example of Corbyn not turning up when it counts. He is supposed to be leader of the opposition but he hasn't opposed anything.

"Anything he had to say became meaningless when he sided with UKIP and the Conservatives on their extreme version of Brexit."