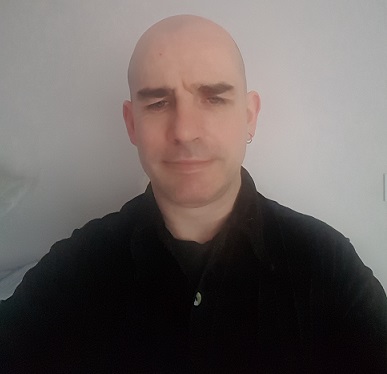 Sandwell Liberal Democrats are pleased to announce that our candidate for Abbey ward in the local election on Thursday 2 May 2019 is Karl Renar.

Karl was educated to a GCSE standard at Waverley Road School in Birmingham and made his home in Sandwell 10 years ago. He is currently taking a sabbatical from work whilst he administers the estate of his late father and fights Brexit.

When asked why he became a Liberal Democrat he answered. “I was never overtly political until Brexit, but I've seen the mess the two main parties have made of this and the Lib Dems are the party with clarity on this crisis. It was not a difficult decision to join the Lib Dems as aside from Brexit they have common sense policies in a politics that is not working.”

When we asked Karl if there was anything interesting about himself that wanted to share, he replied “I'm an enthusiastic video game player with an eclectic taste in music and spent my youth frequenting the local Goth scene in Birmingham. I have been married to the lovely Lisa since 2010 and she has supported the fight on Brexit wholeheartedly