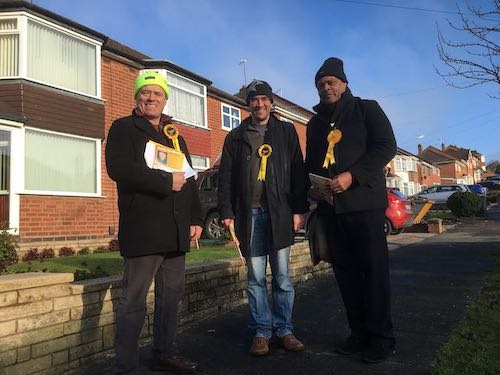 Former Councillor Mark Smith and local activist Nigel Fearn recently attended online Planning Committee meetings of the Council. Oldbury activist Ian Walker also plans to attend one if the recent controversial application for the Wolverhampton Road in Oldbury comes before the Committee again. (That application was withdrawn by the applicant prior to the meeting on 5 September) As usual, some of the Councillor contributions were of limited use, but officers are usually helpful and sometimes correct accidental misunderstanding from Councillors or the clerks. But we need to keep an eye on things to ensure developers, and the Council, don’t get away with lax oversight of their plans.

Residents have the right to attend most Council meetings, but need to ask an officer if they want to speak at a meeting. However, you can join meetings anonymously as an observer, as long as you have the link to the meeting. You can see what meetings are scheduled for each month using the Council's Meetings Calendar. (You will need to use Microsoft Teams to join meetings.)

As is often the case with Council committee meetings, the main thing is to ask questions that clarify details that may be unclear about the matter under discussion. Labour Councillors may prefer things to remain unclear, and in most case officers will not volunteer a clarification, unless asked to do so. In Nigel’s  case, the developer may have been able ignore a covenant protecting trees, and a play area, since it had not been brought up by the Labour Councillors, but they will now need to take it into consideration. The other key role, that objectors, or concerned members of the public, can perform is to ensure decisions are scrutinized. Sandwell’s Labour Councillors, and sadly some of its officers occasionally, have a history of being very lax about declaring an interest in matters, whether that is a business interest or a family interest.