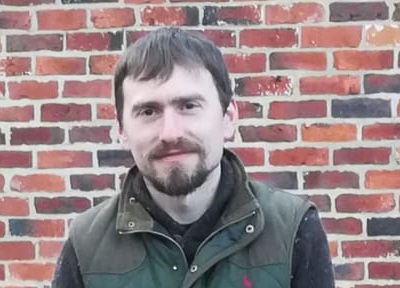 Sandwell Liberal Democrats are pleased to announce that our candidate for Great Barr &Yew Tree ward in the local election on Thursday 2 May 2019 is Stephen Pimm.

Stephen is a mature student and student ambassador studying Social Studies and Politics and is currently setting up a University secular society. He believes that people should be free to follow any religion they like, so long as it doesn’t affect other people.

He is newly arrived in the borough and is eager to make a difference. He lives on a narrowboat and commented. “I moved here so I could be closer to university. So far, the people I’ve met are lovely and helpful. The council services really let this area down”.

When asked why he became a Liberal Democrat he answered. “I joined the Liberal Democrats to build a fairer and more just society. It is too hard for people in this country to succeed through hard work alone. We must break down the class system to bring the country together.”

Part of the reason Stephen moved to a narrowboat was due to the lack of affordable homes in the area for first time buyers such as him and his partner. “More affordable, low cost housing and help to buy or rent schemes are desperately needed.” He said “It is a scandal that the Labour party and then the Conservatives failed to build enough homes. We need a help to buy scheme fit for purpose”

Look out for more candidate profiles over the next few weeks.

We will be holding a Day of Action in Newton ward on Sunday 28 April, when we will be knocking on doors and delivering leaflets. Do come along and join us – if you are interested please let us know by emailing [email protected] and putting Action Day as the subject – and we will send you the details. Don’t worry if you haven’t done this sort of thing before as we’ll pair you with someone who has some experience. The more people who take part the more people will know about Liberal Democrats in Sandwell!