From kitten heels to flip-flops

Paddy Ashdown, former leader of the Liberal Democrats, has launched a new digital poster to highlight the transition of Theresa May from allegedly ‘strong and stable’ to decidedly ‘weak and wobbly’ as she has flip flopped on several major issues. 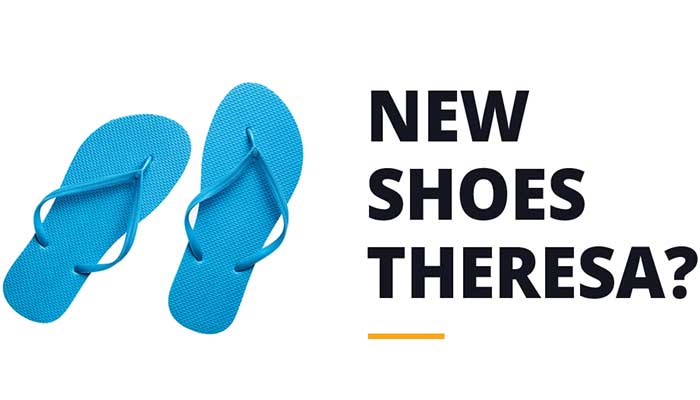 “In her brief tenure as Prime Minister, and particularly during this general election campaign, Theresa May has been shown to be one of the least consistent and weakest of modern day Prime Ministers.

"She has flip flopped on Europe having campaigned to remain and now pushing for an extreme Brexit, as she has on raising National Insurance for the self-employed and most recently on whether to have a cap in her disastrous manifesto commitment on the Dementia Tax.

"As we approach this monumentally important election, there has never been a greater need for Liberal Democrats MPs in Parliament.’