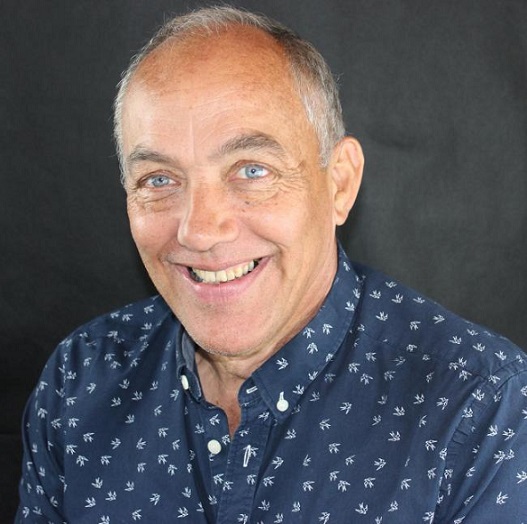 Andy Graham was born in 1954 in St. Chad's Hospital on the Hagley Road in Birmingham.

His early childhood was spent in Smethwick where he went to school at St. Hubert's School on the Birmingham New Road where he recalls hitting 4 rounders and being held aloft by his team after winning the competition.

His sporting aspirations led to representing Warwickshire in cross country competitions before giving way to his artistic endeavours, becoming a member of the National Youth Theatre. He then qualified as a drama teacher, inspiring young pupils in Wednesfield.

He became a professional actor at the Birmingham Rep and Belgrade Theatre in Coventry, along with other touring companies. As director of the internationally acclaimed Snap Theatre for 26 years, he co-wrote the successful stage adaptations of My Beautiful Laundrette, Maurice, Sense and Sensibility, along with many others.

His political career started in East Hertfordshire where he was elected a Councillor for 16 continuous years (1997-2011), during which time he held the office of Mayor. After moving to West Oxfordshire, he became leader of the LibDem group.

Andy has successfully run campaigns to combat homelessness – he firmly believes every young person or family deserves a right to a fixed address. He wants to see more affordable houses being built and to ensure affordability means just that. He has fought and continues to fight for safer, cleaner and greener communities and believes we need to act more quickly to ensure action is taken so the next generation is guaranteed a better and safer environment.

Andy is returning to the place he was brought up and will always put the people he represents first above political considerations.

A right to a job with a home are his priorities.